Menu
TALK TO US 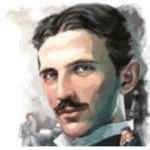 These biases control the interplay between our two modes of thinking: Fast Cognition (our effortless, almost reflexive thoughts) and Slow Cognition (our more deliberate, purposeful thoughts). Fast cognition is more susceptible to cognitive biases — our personal assumptions and predispositions can easily infiltrate those automatic thoughts — yet biases can still be introduced as systemic errors in our slow cognition. Each system of thought overlaps and cooperates with the other, and neither is immune to bias. Therefore, it’s so critical to developing strategies for identifying and avoiding cognitive blunders.

Menu
Niksla
Hi there
Powered by Niksla
We typically reply within a few minutes.